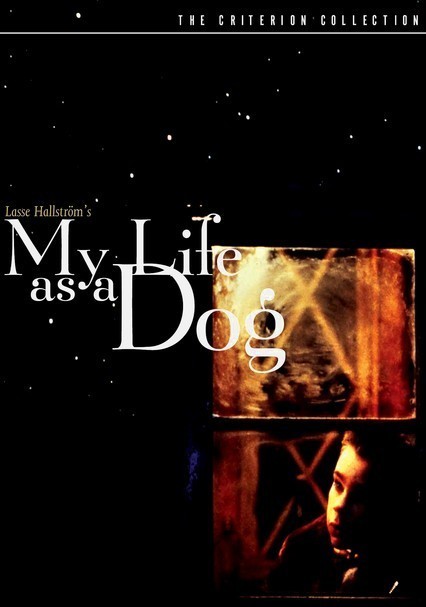 1985 NR 1h 41m Blu-ray / DVD
This Oscar-nominated gem offers an honest depiction of the often-confusing nature of childhood. Shipped off to live with his uncle for the summer, 12-year-old Ingmar finds unexpected adventures with the help of the town's warmhearted eccentrics. These experiences give him the strength to accept his life and eventually enjoy childhood.

Parents need to know that My Life as a Dog is a wonderful subtitled film with brief, non-sexual nudity in an artist's studio. Also, viewers see a quick flash of a 12-year-old girl's breast, and there are several scenes of mild sexual tension between pubescent kids, as well as other sexually suggestive moments throughout. The main character, a 12-year-old boy, deals with several major losses over the course of the movie, though there is an overall sense of optimism to the film.

A couple quick glimpses of a 12-year-old girl's breasts as she tries to unsuccessfully flirt with a boy her age, plus an adult female poses nude for an artist and her naked body is visible several times, though sensitive parts are always covered or mostly obscured. Sexual tension between pubescent kids. Flirting and jealousy between adults. An adult has a boy read him underwear advertisements, which he hides from his wife. Adults talk about breasts and "boobs" with kids. A teen boy tells a group of kids about how pregnancy happens and asks his 12-year-old brother to demonstrate by putting his penis into a bottle (nothing is visible), and his penis gets stuck.

There is some tension when Ingemar and his mother argue and she breaks down crying and tries to hit and push him away. The boy falls through a roof and gets some scrapes. Ingemar's mother is gravely ill, and a boy loses a pet.

A sense of hope and optimism runs through what is otherwise a sad story of a boy losing his mother. The benefits of creativity and cross-generational friendships are explored. The experience of a boy coming of age is treated honestly and with sensitivity.

A man smokes a pipe.