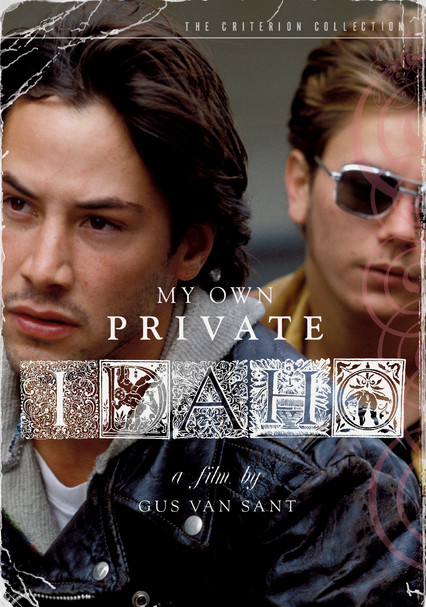 1991 R 1h 45m Blu-ray / DVD
River Phoenix and Keanu Reeves star in this haunting tale from Gus Van Sant, about two young street hustlers: Mike Waters, a sensitive narcoleptic who dreams of the mother who abandoned him, and Scott Favor, the wayward son of the mayor of Portland and the object of Mike"s desire. Navigating a volatile world of junkies, thieves, and johns, Mike takes Scott on a quest along the grungy streets and open highways of the Pacific Northwest, in search of an elusive place called home.

Parents need to know that this arty and heartfelt film about street hustlers contains frequent references to and sometimes scenes of gay male prostitution, though genitals are never on screen (aside from a few brief shots of naked female breasts). The hustlers in the film use drugs (cocaine) and alcohol frequently, and they also steal and lie to each other. There is frequent cursing throughout ("f--k").

Mike's father hits him several times in a drunken rage. Some mild pushing, fighting. The prostitution scenes verge on dangerous territory, though none are violent.

Frequent cursing throughout, including "f--k."

Rather than a film with a strong message, this is more a meditation on loneliness and abandonment. Each character is seeking love, attachment, and wholeness, which is an elusive goal for everyone.

Hustlers, including the main characters, smoke, drink, and use drugs frequently.