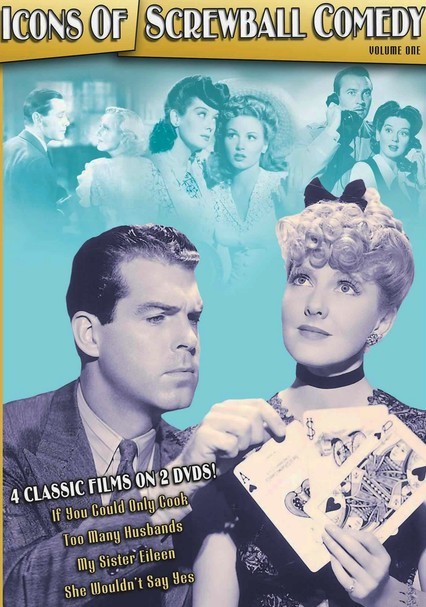 2009 NR 3h 3m DVD
Stage and silver-screen legend Rosalind Russell, best known as the quick-witted reporter Hildy Johnson in His Girl Friday, stars in this pair of screwball gems from director Alexander Hall. In the first, Russell is a journalist who divides her time between searching for her big break and keeping an eye on her troublesome sister (Janet Blair). In the second, Russell stars as an Army shrink tasked with treating a charming serviceman (Lee Bowman).