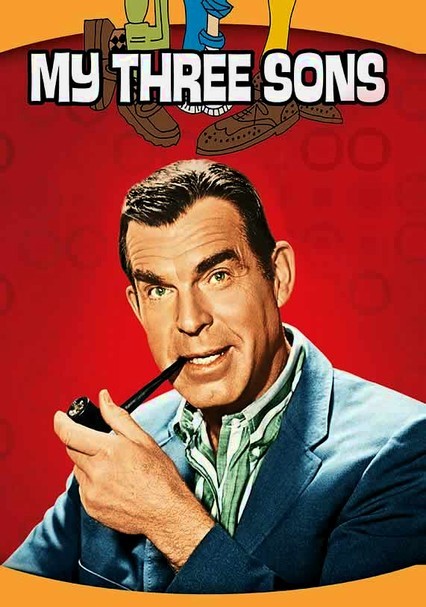 1960 TV-G 2 seasons
Fred McMurray's portrayal of the wise, earnest widower Steve Douglas raising his three sons with the help of his father-in-law, "Bub" O'Casey (William Frawley), was the key to this elemental 1960s suburban domestic comedy. Sibling rivalries, neighborhood intrigue and assorted challenges of childhood and adolescence generate engaging and often hilarious life lessons, as do Steve's often awkward relations with members of the opposite sex.

Venerable Hollywood veteran Fred MacMurray (Double Indemnity) headlines this classic series as Steve Douglas, an aeronautical engineer and widower who's wrestling with the challenges of balancing his career with raising his three energetic sons. One of television's longest-running family sitcoms, this Golden Globe Award-winning series was noted for deftly and effectively blending comedy with more dramatic overtones.

In these episodes from the second half of the beloved sitcom's second season, Fred MacMurray stars as Steven Douglas, a widower facing the rough-and-tumble life of a single dad raising three rambunctious boys. As he guides sons Mike (Tim Considine), Robbie (Don Grady) and Chip (Stanley Livingston) through romantic and other entanglements, Steve in turn relies on the help of his amiable father-in-law, Bub O'Casey (William Frawley).

Parents need to know that this classic series keeps it clean in terms of content, with only a little light romance surrounding the boys' and their father's love lives. There are also positive messages to be had in terms of pulling together, sharing responsibility, and challenging traditional male stereotypes.

Most messages are light and comically moral, and they vary from episode to episode. But there's an overarching sense that a family must pull together to make things work -- and they can still get along, too.