My Wife and My Dead Wife 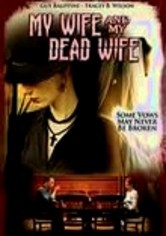 My Wife and My Dead Wife

2007 NR 1h 22m DVD
Shortly after Graham (Guy Balotine) and his wife (Tracey B. Wilson) move into a 19th-century house, Graham discovers a music box containing photos of a beautiful woman -- a ghostly presence who soon becomes his obsession. Providing the passion missing from his marriage, Graham's relationship with the woman he refers to as his "dead wife" (Jane Bacon) soon threatens his real-life marriage. And his real-life wife isn't about to go quietly.