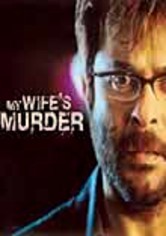 2005 NR 1h 43m DVD
The nuptial refrain "till death do us part" comes horribly true in this brisk Bollywood thriller helmed by Jijy Philip. When his nagging wife accuses hardworking film editor Ravi Patwardhan (Anil Kapoor) of infidelity one time too many, he lashes out and accidentally kills her. Fearing the police won't believe it was unintentional, he dumps the body and tries to resume a normal life -- but a tenacious cop (Boman Irani) dogs Ravi's every move.