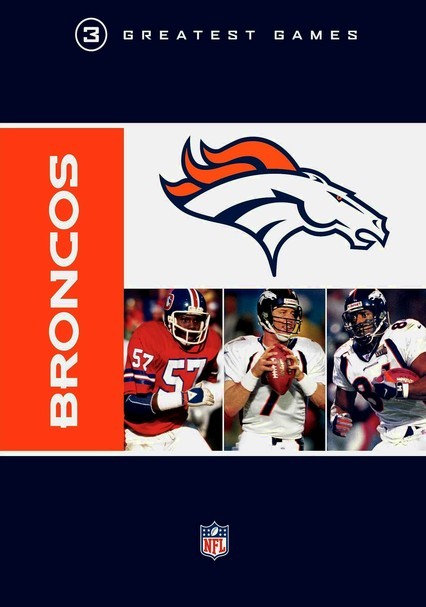 1978 NR 3 discs
Relive the greatest moments in Denver Broncos' history with three classic matchups, including Super Bowl XXXII, when the Broncos defeated the Green Bay Packers to earn their first world championship. Two other games include the 1977 AFC championship game against the Oakland Raiders and MVP John Elway's final performance during a victory against the Atlanta Falcons in Super Bowl XXXIII. These complete games are from original network broadcasts.