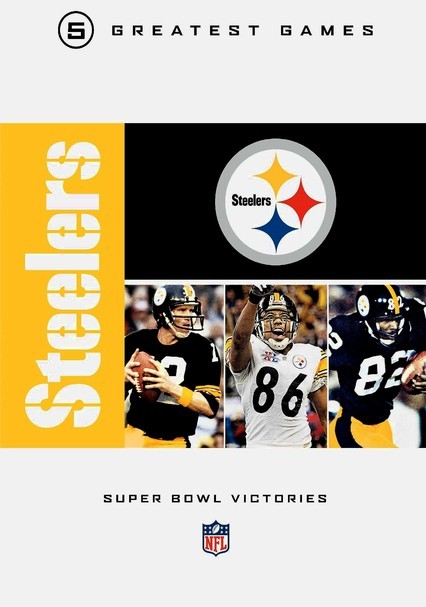 1975 NR 5 discs
Relive every thrilling play of the Pittsburgh Steelers' five Super Bowl appearances in this collection culled from the original TV broadcasts, including the team's first world championship victory in Super Bowl IX against the Minnesota Vikings. Other featured games are Super Bowls X and XIII against the Dallas Cowboys, Super Bowl XIV against the Los Angeles Rams and Super Bowl XL against the Seattle Seahawks.