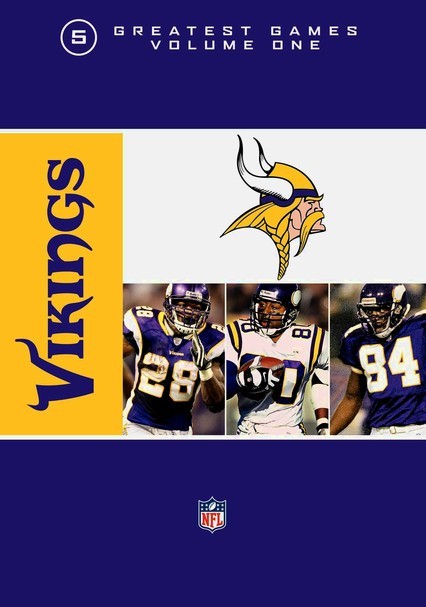 2009 NR 5 discs
Relive two decades of thrilling Minnesota Vikings football in this collection that showcases the hard-hitting marauders conquering their opponents in five memorable regular-season and playoff contests. Highlights include wide receiver Anthony Carter's record-setting game against the San Francisco 49ers in the 1988 playoffs and Ryan Longwell's last-second field goal against the New York Giants that propelled the Vikings into the 2008 playoffs.