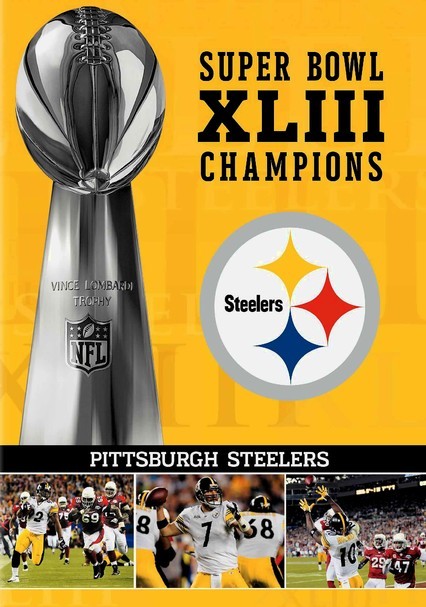 2009 NR 2h 0m DVD
Capturing unforgettable moments from their 2008-09 season, this Pittsburgh Steelers highlights reel takes fans from opening day straight through the team's 27-23 victory over the Arizona Cardinals in Super Bowl XLIII. With quarterback Ben Roethlisberger leading the way, the Steelers racked up playoff wins over the San Diego Chargers and Baltimore Ravens, and then became the first franchise in history to lay claim to six Super Bowl titles.