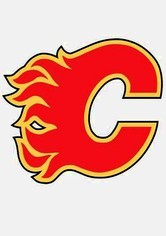 2009 NR 10 discs
Behold the scorching heat sizzling across the ice with this anthology that features some of the best hockey matchups in Calgary Flames franchise history, including epic Battle of Alberta showdowns against archrivals, the Edmonton Oilers. Other games include playoff victories over the Vancouver Canucks and Detroit Red Wings on the Flames' thrilling march through the playoffs to face the Tampa Bay Lightning for the Stanley Cup in 2004.