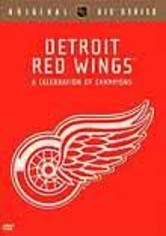 2004 NR 8 discs
Meet the Detroit Red Wings -- one of the National Hockey League's greatest franchises. This comprehensive series features a brief history of the team, three of the Red Wings' most recent championship games (1997, 1998 and 2002) and, for the first time ever, the five greatest games in Red Wings history (as voted on by fans) -- in their entirety!