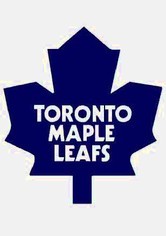 2009 NR 10 discs
With this retrospective, hockey fans can revisit the most thrilling games in the history of the Toronto Maple Leafs, one of the National Hockey League's most established clubs, based in what many consider the fiercest, most die-hard hockey city ever. See an injured Bob Baun steel his way to victory; watch as Lanny McDonald makes his storied 1978 goal; and witness unforgettable run-ins against the Leafs' intense rivals, the Montreal Canadiens.