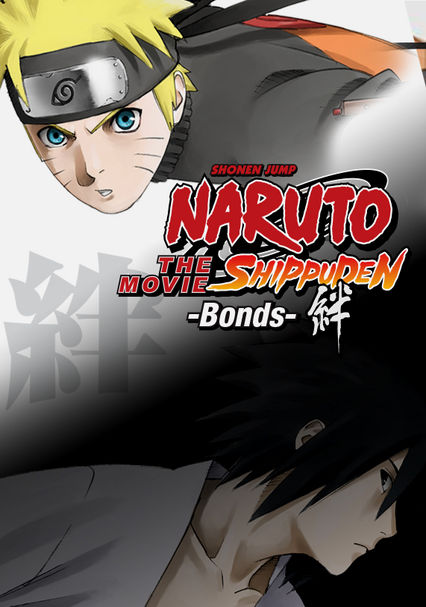 2008 NR 1h 30m DVD
When strange ninjas ambush the village of Konohagakure, the citizens brace for another world war. It's up to volatile adolescent ninja Naruto Uzumaki and his long-missing pal, Sasuke Uchiha, to save the planet in this epic adventure. The action-packed anime sequel to Naruto Shippuden: The Movie is based on the best-selling Japanese manga series written and illustrated by Mashashi Kishimoto.

Parents need to know that Naruto Shippuden The Movie: Bonds is a 2008 Japanese movie featuring the titular hero who also is on a television program shown on Disney XD. There is frequent martial-arts and fantasy-style violence throughout the movie, as well as frequent demonic imagery. A beloved older character is killed by several arrows shot into his body in slow motion; his death is very emotional, and characters cry. Profanity includes "damn" and "bastard" as well as a character named "Pervy Sage." Given the content, the complexities in the story line, and the movie being in Japanese with English subtitles, this DVD is best enjoyed by older tweens and up, especially those who already are fans of anime.

Frequent martial-arts and fantasy violence, as well as frequent demonic imagery. A city is bombed by winged warriors; no one is killed, but buildings are destroyed. A beloved older character is killed by several arrows shot into his body in slow motion; his death is very emotional, and characters cry.

Themes of love and kindness winning over evil, anger, and hatred. Persistence. Determination.