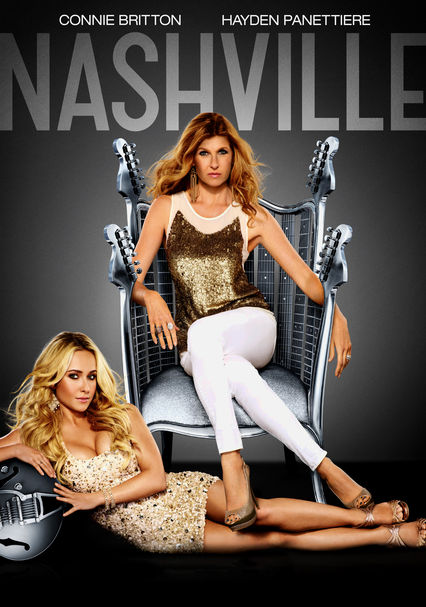 2012 TV-PG 4 seasons
Just passing her peak, Nashville country music legend Rayna James is compelled by her label to tour with rising star Juliette Barnes -- a calculating young diva determined to grab all the attention and glory for herself.

The backstage drama of the country music capitol continues after the cliffhanging accident of the first season finale left Rayna and Deacon in peril. Meanwhile, Juliette starts life anew without her mother, and Gunnar and Scarlett plan their wedding.

Nashville continues in Season 3 with music legend and entertainment icon Rayna Jaymes. After working tirelessly to elevate her game, Rayna suddenly discovers her passion for the business is not enough to compete with the new generation of talent lighting up the charts. She's forced to accept the harsh reality that she'll have to start over and reinvent herself if she plans on being relevant.

After helping Juliette get her life and career back on track -- and her mind on her music -- it's Rayna's turn to decide what direction she wants to take her own music and personal life.

Parents need to know that Nashville is aimed at families with older kids and will probably appeal to both parents and teens. But there are some sexually charged scenes, albeit brief, that include steamy kissing and suggested nudity, along with a teen character who sleeps with multiple partners. Language is mild, with audible words like "hell," "damn," and "shut up," and there's some social drinking with allusions to alcoholism.

Sexual activity is suggested with steamy kissing and bare shoulders under sheets, etc., but there's nothing overt. One of the main characters (a teen girl) is extremely promiscuous and sleeps with multiple partners.

The message is murky when it comes to characters' ethical choices. Positive choices don't always pay off, while negative choices often yield rewards. Other themes explore the harsh realities of the music business and the influence of political power.

Some social drinking with allusions to characters' past overindulgences.