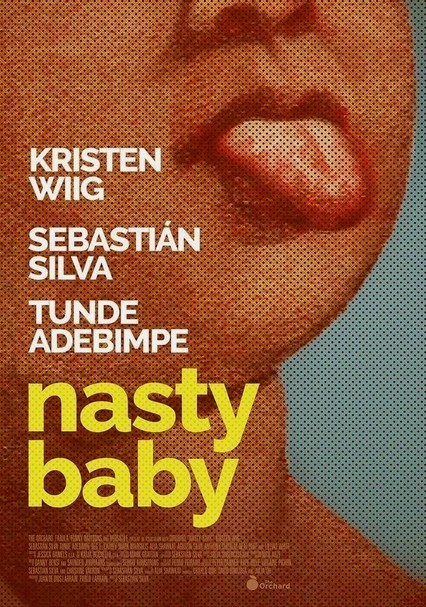 2015 R 1h 41m DVD
Fixated on having a baby, bohemian artist Freddy enlists his best friend, Polly, to bear a child for him and his boyfriend. But the trio's happy lives are disrupted when a deranged neighbor begins to torment them.

Parents need to know that Nasty Baby centers on an unconventional "family" composed of three friends -- a single woman, her gay best friend, and his longtime partner -- who are trying to have a baby via artificial insemination. Their struggle to conceive is central to the plot, but little sex is actually shown -- though a few sex acts (masturbation, hand jobs, etc.) are simulated, and there's a brief graphic shot of male and female genitalia in an art gallery. The main characters swear very frequently; words heard include "motherf--ker," "s--t," and "c--k," as well as gay slurs like "f----t." There's also some social drinking, cigarette smoking, and drug use (pot).

Offers an honest look at the struggles of an unconventional "family" that's struggling with infertility, which advances themes of friendship, diversity, and community. But the tone changes completely in the last 30 minutes, resulting in some ambiguously dark takeaways.