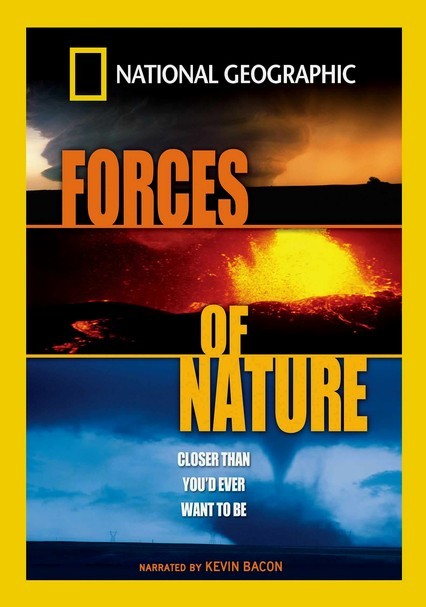 2004 NR 0h 40m DVD
Rain, snow, sleet, hail, earthquakes, tornadoes, volcanoes -- Mother Nature has a way of exerting its power and majesty over humans time and time again. This breathtaking video from the acclaimed National Geographic team of documentarians captures natural wonders and disasters in all their danger and glory. Filmed in large-format film to bring the images alive, the volume also includes a making-of featurette, a disaster map and more.