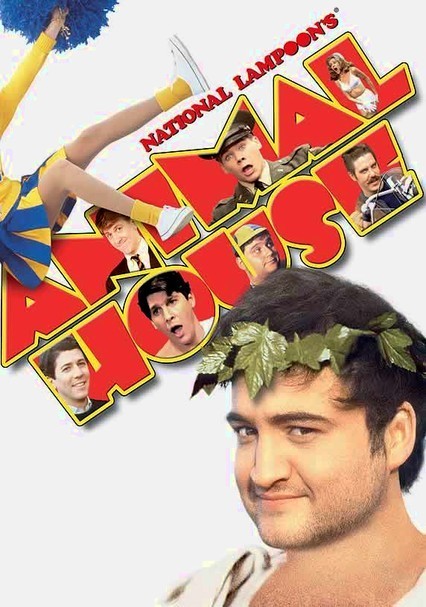 1978 R 1h 49m Blu-ray / DVD
Knowledge is good, but swilling kegs of beer is more fun! Just ask the guys at the Delta House fraternity. Often imitated, but seldom equaled, Animal House spawned a generation of gonzo comedies and launched John Belushi's film career. Dean Wormer (John Vernon) puts the titular frat on double-secret probation, and it's up to Bluto, Flounder, Pinto and the rest of the brothers to get even. This edition includes retrospective featurettes and more.

Parents need to know that the only moral here is hatred for authority and partying. That means a lot of drunken revelry, pranks, and violence to make their point. It also means characters cheat on each other, binge drink, steal cars, and sleep with underage girls. Some female nudity.

A lot of hazing-style violence, including paddling. Doug gets dragged behind his horse and is later trampled. Another boy is also trampled. Otter gets beaten up by the Omega boys. Flounder kills a horse.

The message here is you have to fight for your right to party, by any means necessary. The Deltas lie, cheat on tests, steal cars, and steal food from grocery stores.

Binge drinking, including among minors as young as 13, is the primary hobby of the characters. Characters get stoned with a professor.