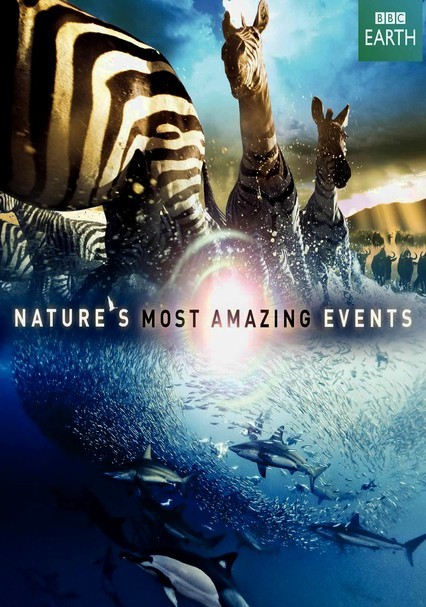 2009 NR 2 discs
Experience the planet's most incredible natural phenomena in this breathtaking Discovery Channel documentary series, which chronicles spectacular seasonal events such as the Okavango Delta floods in Botswana and the British Columbia salmon run. Time-lapse and macro photography from land, sea and air captures images of exquisite landscapes and their exotic animal inhabitants, including lions, wildebeests, polar bears, sharks and dolphins.

Parents need to know that this stunning natural history series from the producers of Planet Earth offers an inspiring glimpse into the global wildlife population's mostly unseen struggles for survival. Young and/or sensitive viewers may have a tough time with hunting scenes and shots of animals eating their prey; there's also some discussion (with imagery) of various animals' mating/breeding behavior. The series touches on the dangers of environmental concerns like global warming, offering plenty for families to talk about. Ultimately, it instills a respect for nature.

Some content includes mating and breeding rituals for various species, some of which is shown. Dragonflies mate in mid-air, for instance, and an animal is shown emerging from the placenta, covered in afterbirth.

Predators of all sizes kill and eat their prey, and itâ¿¿s often a fairly gruesome/upsetting sight. In one segment, a polar bear strips the skin from a young seal and eats it; in another, a mother fox kills young birds learning to fly and feeds them to her hungry pups.