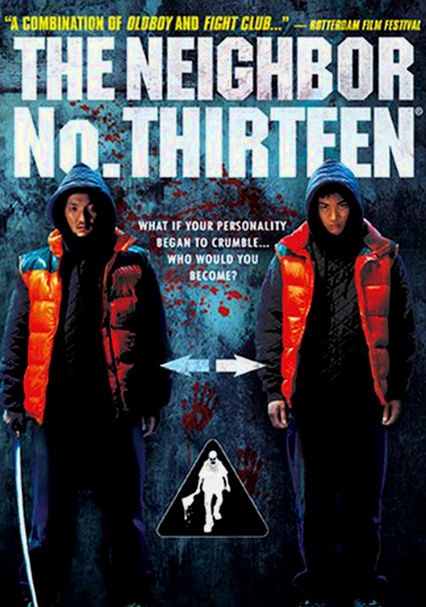 2005 R 1h 52m DVD
After spending his childhood as the target of playground bullies, Murasaki Juzo (Shun Oguri) grew into a psychologically scarred adult with serious anger issues. So when he discovers that Akai Toru (Hirofumi Arai), the same person who used to torment him as a child, is now living in the apartment above his -- and that he's also his new boss -- something snaps, and he assumes a scary new identity as the vengeful Neighbor No. 13 (Shido Nakamura).