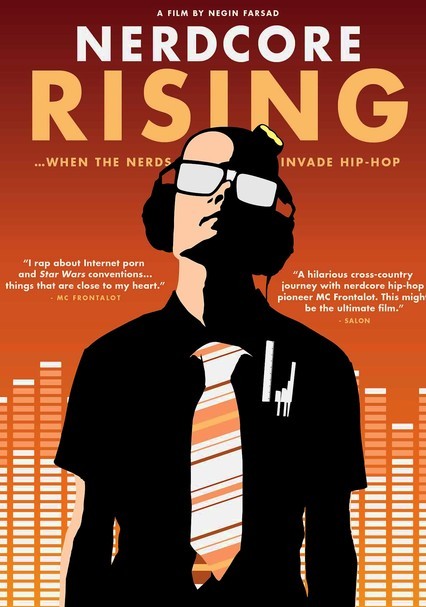 2008 NR 1h 20m DVD
Thirty-something ex-Web designer Damian Hess parlays his dork-tastic rhyming skills into a performing career as MC Frontalot, whose decidedly non-gangsta lyrics make him an Internet sensation and a leading voice in the hip-hop form known as nerdcore. Join Frontalot on his first national tour as he and his bandmates G Minor 7 and Blak Lotus entertain their unique fan base, made up of gamers, bloggers and heavy users of Second Life.