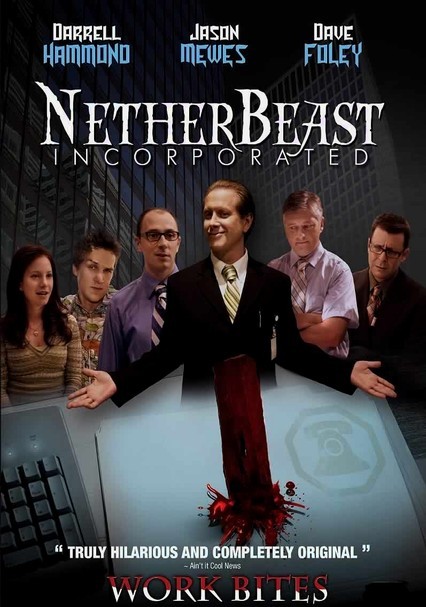 2007 NR 1h 29m DVD
In this satire of corporate America, it's business as usual at the vampire-owned and -operated Netherbeast Inc. -- one of the world's largest phone makers -- until the boss contracts vampire Alzheimer's and starts hiring humans. Bodies soon begin to pile up in this office comedy based on the award-winning short The Netherbeast of Berm-Tech Industries, Inc. Darrell Hammond, Judd Nelson, Dave Foley, Jason Mewes and Robert Wagner co-star.