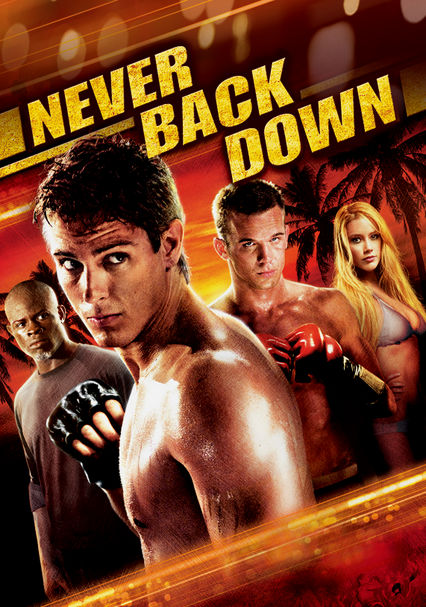 2008 PG-13 1h 53m Blu-ray / DVD
When quick-tempered teenager Jake Tyler moves to a new town and faces the challenges of attending a new high school, he seeks solace in an underground fight club, where he's taken under the wing of a mixed martial arts expert.

Parents need to know that this action-drama is very much a fight film -- it's filled with brutal, gory scenes of men (and women, too) engaged in physical combat. They punch, kick, and choke each other, and there's plenty of cuts, bruises, and blood. There's also some swearing ("s--t," "bitch") and underage drinking (though viewers don't see actual liquor, the red plastic cups the teens hold are clearly full of alcohol). In many scenes, women and men wear nothing but bikinis and swim trunks, and there's some kissing and a little innuendo.

Some kissing and sexual innuendoes. Some skimpy outfits.

A barrage of brawls that leave participants bloodied and, in some cases, severely injured. Lots of close-ups of kicks and punches and their bloody aftermath. The big climax is a major "beat down."

Teens videotape others while they fight, sometimes cheering them on, even though one or both could end up severely injured. One character relishes hurting others. But there are also some great examples of loyalty and friendship, as well as a supportive sibling relationship. And Jake learns the value of walking away from fights.

Mentions of YouTube, logos for Pepsi and Mustang GT. Students are shown toting around iPhones and digital cameras.

At a party, teens are shown holding red plastic cups, implying that they're drinking beer. In another scene, an adult offers teenagers a drink.