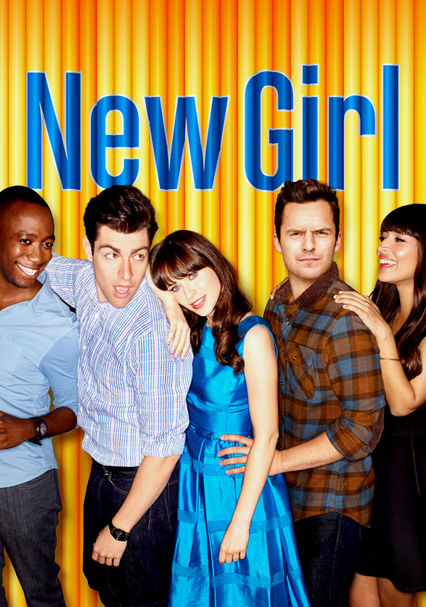 2011 TV-14 3 seasons
This smart sitcom revolves around Jessica Day, a socially awkward schoolteacher who's still trying to rebound from a recent breakup when she moves in with three single guys, all ready to help her understand the ways of the world.

Zooey Deschanel stars as single schoolteacher Jessica Day, who moves in with three guys after having her heart broken by her latest beau. Unaccustomed to life with the boys, she slowly adapts to her new "family."

In this season of this hit sitcom, quirky schoolteacher Jessica Day continues to navigate life and thorny romantic relationships with plenty of help from her family of friends -- her three male roommates and her best friend.

Jess's romantic situation with Nick becomes more complicated rather than less in the third season of this droll roommate-and-lovers sitcom. As Jess and Nick work on their future, Schmidt has to make a more immediate decision about Cece.

Parents need to know that this heartwarming sitcom contains some strong sexual content, including references to stripping, having sex, and infidelity. Cast members are shown partially dressed, in their underwear, and at times, wearing nothing (though private parts are not visible). Drinking (beer, wine, cocktails) and iffy language ("ass," "damn," "douche bag") are frequent.

References to stripping, infidelity, and sex. Cast members are sometimes shown shirtless, in their underwear, taking off their clothes, and/or naked (but no nudity is shown). Flirting, talk of hooking up, etc.

On rare occasions arguments lead to punching and shoving, but no real blood is shown.

Words like "hell," "ass," "damn," and "bitch" are audible. The term "douche bag" is used frequently.

The series highlights the importance and value of friendship for both men and women. Characters don't always behave in the most responsible way, but they ultimately seem to mean well.

Lots of pop culture references -- to films like Dirty Dancing and Lord of the Rings, etc. Dell and Apple laptops are visible, but their logos aren't fully displayed.

Drinking (beer, wine, cocktails) visible. Nick is a bartender; scenes at the bar are frequent. Drunken behavior is sometimes visible. References are made to marijuana and "pot cookies".