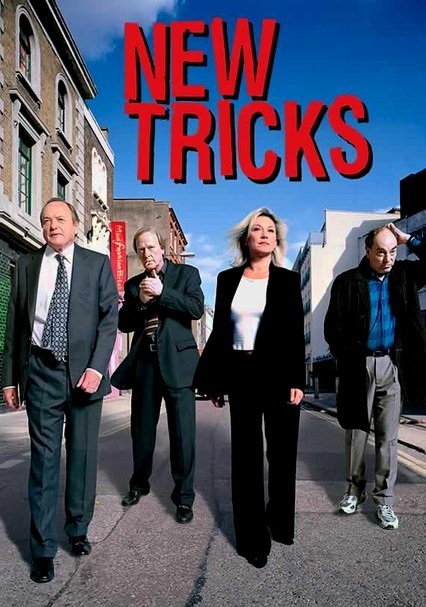 2004 TV-PG 7 seasons
After discovering that early retirement is a bore, three old-school cops return to the police force to join the cold case squad headed by Detective Superintendent Sandra Pullman, who got saddled with the team after bungling a hostage situation.

Retirement is short-lived for three former police detectives when they're called back into public service by a tightly wound superintendent who needs their expertise to crack unsolved homicide cases.

In Season 7 of the popular crime series, the detectives reexamine cases involving the abduction of an 18-year-old debutante, the murder of a fashion designer and the shooting of a young boxer.

Detectives Jack Halford, Brian Lane, and Gerry Standing retired years ago. Then sexy superintendent Sandra Pullman talked them into joining her Unsolved Crime and Open Case Squad. Ever since, they've been cracking cold cases, proving that old-school sleuthing skills are still the best way to solve a crime.

For eight years, the old dogs of the Unsolved Crime and Open Case Squad have been a close-knit team. Led by Detective Superintendent Sandra Pullman, they have solved cold cases with classic policing skills and easy camaraderie.

The old dogs of the Unsolved Crime and Open Case Squad are about to meet new faces. But first, Detective Superintendent Sandra Pullman and her loyal team—Gerry Standing, Brian Lane, and Steve McAndrew —will solve their final cases together, bringing justice to decades-old murders that stumped the Metropolitan Police. "

In Season 12, tenacious young DCI Sasha Miller (Tamzin Outhwaite, EastEnders) leads her motley crew of retired cops through difficult times. The team's loyalty endures the ultimate test when Gerry (Dennis Waterman, The Sweeney) is linked to a crime from his days on the force, inadvertently putting Sasha's life in danger.