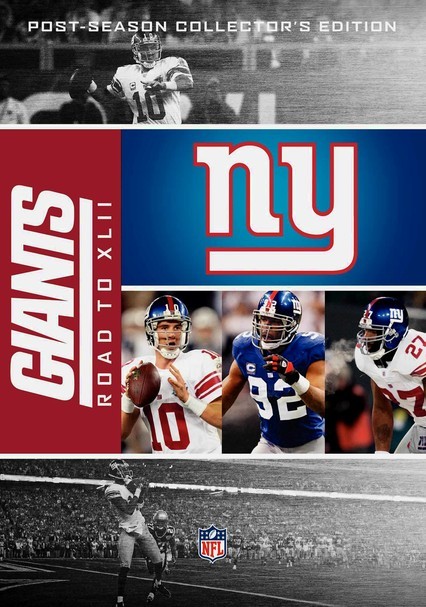 2008 NR 5 discs
Relive one of the biggest upsets in Super Bowl history with the New York Giants' 2008 triumph over the New England Patriots. This program includes the full broadcast of the game as it originally aired, as well as the Giants' two playoff victories. Ending the Pats' streak toward an undefeated season, the Giants -- led by MVP quarterback Eli Manning -- staged a fourth quarter turnaround with a dramatic ending that was one for the history books.