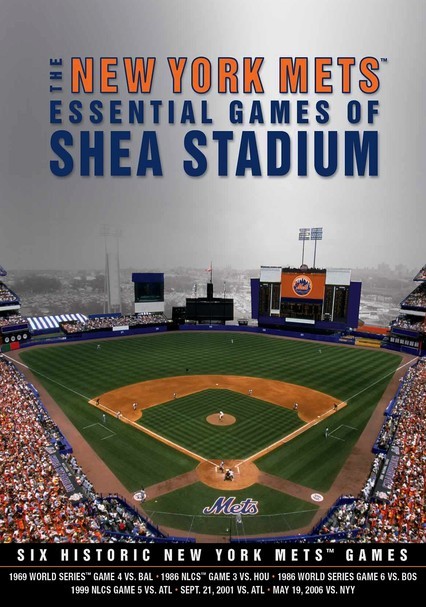 2008 NR 6 discs
Grab some peanuts and hot dogs and settle in for an epic trip to Shea Stadium with this collection of the Mets' six greatest games (including 1969 and 1986 World Series clinchers), interviews, featurettes and highlights. The crackerjack set includes the two Mets' World Series wins, two National League Championship Series victories (1986 and 1999), the first game at Shea after Sept. 11, 2001, the 2006 Inter-League game vs. the Yankees and more.