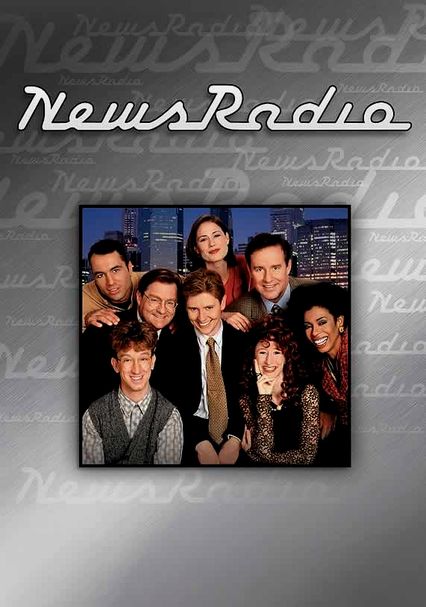 The co-dependent co-workers of radio station WYNX snipe, snuggle and snicker their way through life in a New York City newsroom in this popular ensemble sitcom. In Season 4, Dave (Dave Foley) and Lisa (Maura Tierney) split up, switch jobs and then switch back. Meanwhile, Bill (Phil Hartman, in his last season on the show) hires a butler, and Matthew (Andy Dick) gets fired. Stephen Root, Vicki Lewis and Joe Rogan also star.

Jon Lovitz joins the cast in this popular sitcom's final season, replacing Phil Hartman after his tragic death. A poignant opening episode deals with the loss by memorializing arrogant news anchor Bill McNeal (Hartman) after he suffers a fatal heart attack. Later in the season, things at the station are thrown into an uproar when WNYX owner Jimmy James (Stephen Root) lands in jail, accused of being mysterious federal fugitive D.B. Cooper.

Parents need to know that this sitcom's office setting provides the fodder for much of its mostly tasteful humor. Most storylines are harmless in nature, ranging from an anchorman's addiction to age-unknown sandwiches in the building's snack machine to a new complaint box that handles more than its share of employee gripes. Ongoing elements include office romances and sibling-like rivalry between co-workers. Overall, the show's ability to make interpersonal relationships so funny while sticking to largely non-controversial subject matter makes it a rare find.

Flirting and sexual innuendoes accompany workplace romances. Characters occasionally have sex (all off-screen) in the office. Beth consistently wears short, skimpy outfits; Joe likes to comment on them (and other things, including Catherine's figure -- he can be a bit of a lech).

Pratfalls and physical comedy, all in the name of humor.

Words like "damn," "hell," and "sucks" are used intermittently.

The group has mostly respectful working relationships despite very different personalities. Two out of three regular female characters are strong and ambitious and admired by their co-workers. The characters often play jokes on each other, almost always in good fun. Some characters (like Matthew) are consistently made fun of, and the characters can be petty at times -- all for laughs, of course.

Drinking is alluded to but rarely shown (although characters have been drunk on screen in some episodes). One of the main characters smokes regularly, but rarely onscreen.