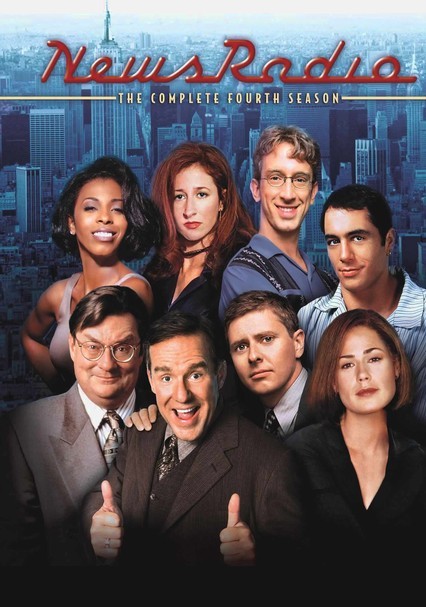 1997 NR 3 discs
The co-dependent co-workers of radio station WYNX snipe, snuggle and snicker their way through life in a New York City newsroom in this popular ensemble sitcom. In Season 4, Dave (Dave Foley) and Lisa (Maura Tierney) split up, switch jobs and then switch back. Meanwhile, Bill (Phil Hartman, in his last season on the show) hires a butler, and Matthew (Andy Dick) gets fired. Stephen Root, Vicki Lewis and Joe Rogan also star.