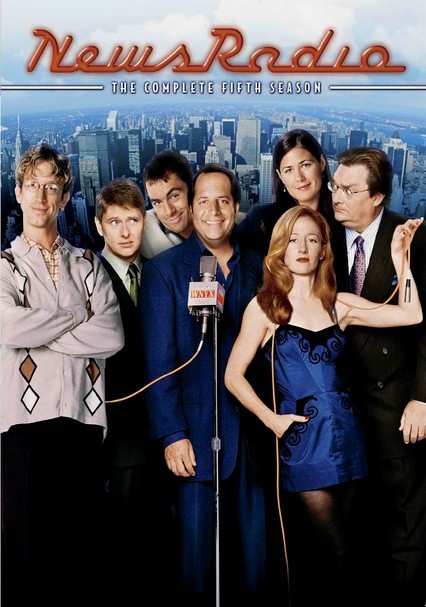 1998 NR 3 discs
Jon Lovitz joins the cast in this popular sitcom's final season, replacing Phil Hartman after his tragic death. A poignant opening episode deals with the loss by memorializing arrogant news anchor Bill McNeal (Hartman) after he suffers a fatal heart attack. Later in the season, things at the station are thrown into an uproar when WNYX owner Jimmy James (Stephen Root) lands in jail, accused of being mysterious federal fugitive D.B. Cooper.