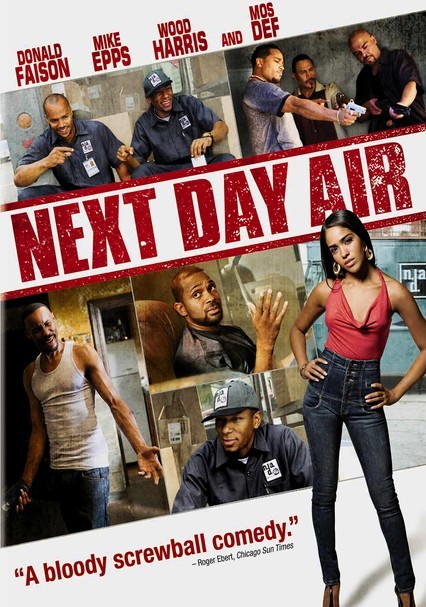 2009 R 1h 24m DVD
Panic erupts when a package of cocaine is inadvertently delivered to the wrong address by a hapless delivery driver in this dark comedy. As the sender tries to retrieve the drugs, the unintentional recipients plan to sell their unexpected bounty.

Parents need to know that although the trailers for this movie make it seem like a comic caper, it's actually a violent film that earns its R rating. There's a huge stand-off where all the major players shoot at each other -- and most of them die. Scenes also show a character being tortured and/or killed and others being threatened at gun and knife point. Characters swear constantly ("f--k" is used more times than you can count), smoke cigarettes and weed, and even snort cocaine. And then there's the scene in which two women undress (one is shown topless) and kiss each other. (At least the consumerism is limited to one character's fixation on Cadillac Escalades.)

In one brief scene, two women kiss, and then one is shown topless. One of the main characters is a sexily dressed woman who's always wearing tight outfits.

Violence includes a huge climactic shoot-out that leaves many characters dead. A couple of deaths are particularly gruesome -- one guy is stabbed, and another's throat is slit after being tortured. Lots of gun-toting and gun-waving. At least a dozen guns are shown.

No role models here: The characters are all remorseless, opportunistic criminals who engage in multiple illegal activities -- theft, smuggling, drug dealing, and murder, just to name a few. Although the cast is laudably diverse, the minority characters are still portrayed stereotypically as gangsters and thugs.

The plot revolves around bricks of cocaine. Many characters smoke cigarettes and marijuana, and a couple of them have to try (i.e. snort) the cocaine, but their goal is more to check its purity instead of getting high. The protagonists drink as well.