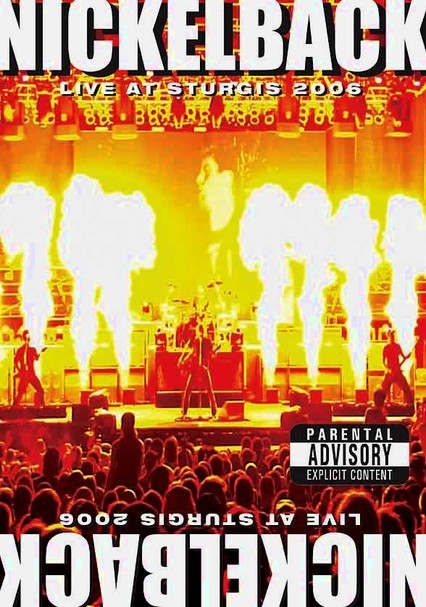 2006 NR 1h 5m DVD
Nickelback cranks out an electric performance at the world-renowned "Rock'n the Rally" show in Sturgis, S.D., in this 2006 concert captured in high definition. The Canadian alternative rock act also appears in a bonus behind-the-scenes featurette. Highlights include performances of "Because of You," "How You Remind Me," "Too Bad," "Never Again," "Someday," "Photograph," "Savin' Me," "Far Away" and "Rockstar."