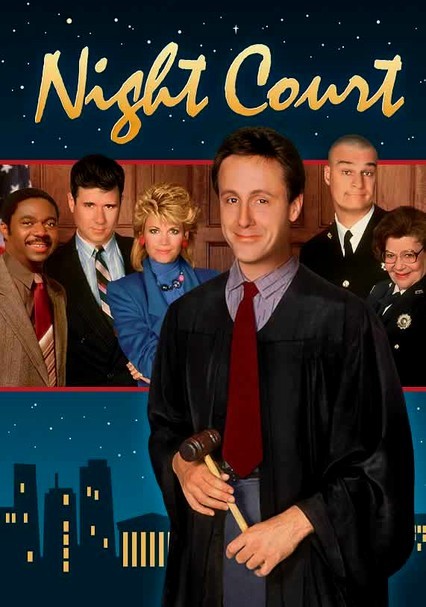 Catch 13 episodes from Season 1 of the sitcom that unveiled the madness and mayhem of the nocturnal judicial system. Presiding over the craziness is Judge Harold T. Stone (Harry Anderson), who spends most of his day dealing with the antics of his co-workers. When he's not adding to the chaos, he tries to keep order among colleagues such as bailiff Bull (Richard Moll) and lawyers Dan (John Larroquette) and Christine (Markie Post).

All rise for the honorable Harold T. Stone (Harry Anderson), the judge who presides over a not-so-dignified night court in New York City, in the second season of this long-running sitcom. In this session, Stone, Assistant District Attorney Dan Fielding (John Larroquette) and the other quirky officers of the court deal with a defector from a Russian circus, a politically connected madam and other characters on the wrong side of the law.