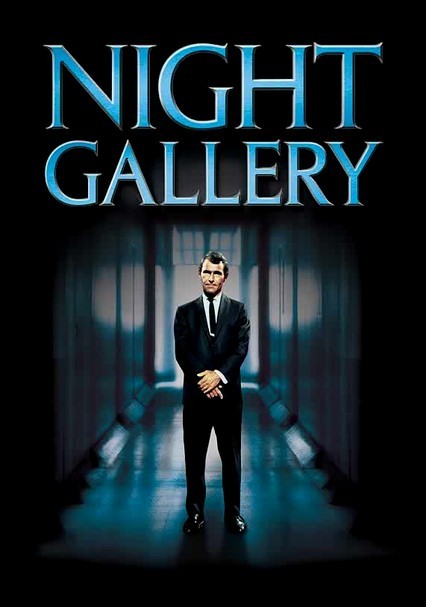 1970 TV-PG 3 seasons
Set in a sinister art gallery, Rod Serling's follow-up to "The Twilight Zone" has the host and curator selecting macabre portraits from his collection, then unfurling the nightmarish tales captured on canvas. The adapted stories of H.P. Lovecraft, Bernard Malamud and Richard Matheson join Serling's original teleplays in such episode highlights as "A Question of Fear," "The Caterpillar" and "Make Me Laugh" -- all chockablock with memorable guest stars.

The entire first season of Rod Serling's "Night Gallery" is presented in its entirety in this gripping, sometimes-frightening and always entertaining collection. Shorter versions were aired, but this volume makes use of the originals. The horror begins with a frightening painting hung in a most unusual gallery, and then there's the episode in which a blind wealthy woman convinces a down-on-his-luck guy to sell his eyes to her.

Producer-host Rod Serling's follow-up to "The Twilight Zone," this anthology series revels in the macabre, with well-known names on both sides of the camera. This season, John Astin ("The Addams Family") directs a tale of arachnophobia, John Badham helms the story of a young psychic (Clint Howard), Zsa Zsa Gabor becomes trapped in an antique mirror, and Richard Matheson and Robert Bloch write chilling stories of vampires and black magic.

Host Rod Serling presents another series of spooky narratives, introducing each story with a painting that portrays the scary tale to follow. The impressive roster of guest starts includes Leonard Nimoy, Mickey Rooney and Sally Field.