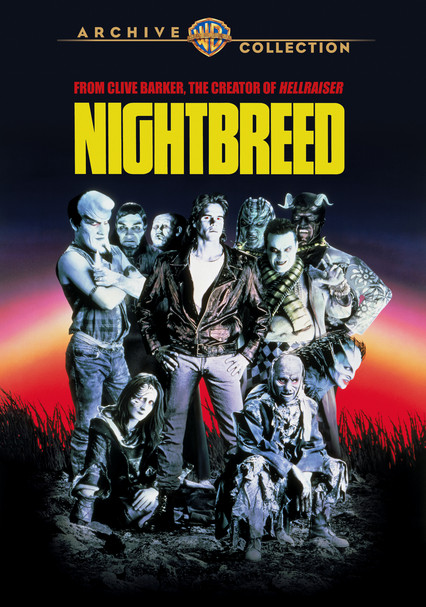 1990 R 1h 41m DVD
Aaron (Craig Sheffer) is haunted by nightmares of Midian, a mythical underground world of monsters. But his therapy involves a serial-killing psychiatrist (David Cronenberg) who pins his own crimes on his patient in this thriller from director Clive Barker, based on his novel &NFiCabal&NFi_;. When Aaron dies as a result of his doctor's deception, he enters the underworld and joins the Nightbreed -- and then leads the species in a revolution.