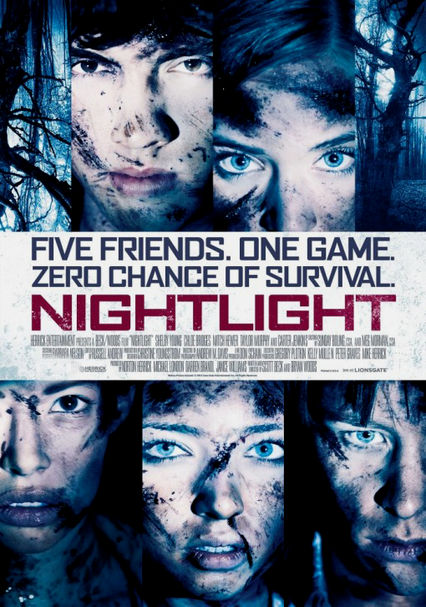 Parents need to know that Nightlight is a "found footage" horror movie about young people lost in a haunted woods at night. It begins and ends with a video diary of a suicidal teen (or twentysomething), though it doesn't really address the issue of suicide in a substantial way. Language is the biggest issue, with the characters frequently using "f--k," "s--t," "p---y," and more. There's some blood (spatters, bloody eye sockets, a sliced neck, etc.), and characters seemingly die. There are also plenty of jump-scares and loud noises. A male character shows his naked butt, and there's strong sexual innuendo and sex talk during the movie's first third. All in all, this is a highly uninspired rip-off of The Blair Witch Project, and it's bad enough that most teens won't be interested.

References suicide by teens and/or twentysomethings, using the subject for a dramatic backstory. Briefly suggests that suicide affects everyone, not just one person. Also: Don't go in the scary woods at night.