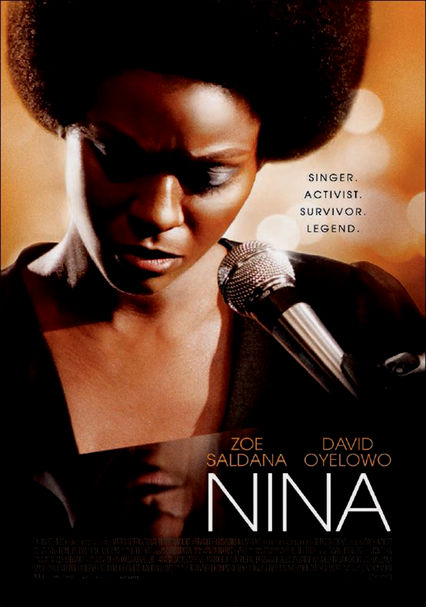 Parents need to know that Nina is a biographical movie about the life of monumental singer-songwriter-musician Nina Simone (Zoe Saldana). It explores her life when she was at her lowest depths -- often drunk, combative, and unable to connect except through music. This makes for a sometimes-intense biopic that includes plenty of lows juxtaposed against highs, including loud fights with both verbal and physical attacks. There's also strong language ("f--k" and more), many scenes of drunkenness, kissing, a woman's bare backside, and incidents involving guns and knives. The movie has drawn some controversy due to the fact that Saldana used prosthetics and skin-darkening make-up to look more like Simone.

Kissing and blatant propositioning. A woman is seen lounging with someone else in bed; when she stands up, her bare backside is briefly seen.

Nina points a gun at a man; later, she attacks a police officer and, in a separate incident involving a knife, an audience member. She screams and cusses people out. Discussion about how she has been hit by the men in her life.

Frequent strong language includes everything from "f--k" (and variations thereof) to "damn" and "a--hole."

A new beginning is there for those who want to claim it; also, greatness isn't diminished by human frailty.

Simone is portrayed as an addict who drank constantly. She almost needed medication to stabilize her mental illness.