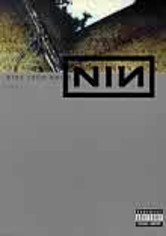 2002 NR 2 discs
Masters of moody angst, Nine Inch Nails have helped pilot the course of American pop music toward dark and alternative territory. This film records the band's landmark 2000 "Fragility v2.0" tour. Directed by Rob Sheridan, the film features 18 tracks, including "Gave Up," "The Frail," "Head Like a Hole," "Terrible Lie," "Piggy," "The Wretched," "The Great Below," "The Mark Has Been Made" and much more. Note: Contains explicit content.