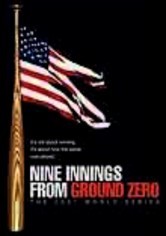 2004 NR 1h 0m DVD
Coming on the heels of the horrific terrorist attack in New York on Sept. 11, the Yankees' march to the World Series metamorphosed from a sporting event into a salve on a gaping, painful wound felt around the globe. This documentary chronicles the way America's beloved sport brought hope to a city desperately in need of it. It features interviews with Yankees manager Joe Torre, Mayor Rudy Giuliani, player Derek Jeter and more.