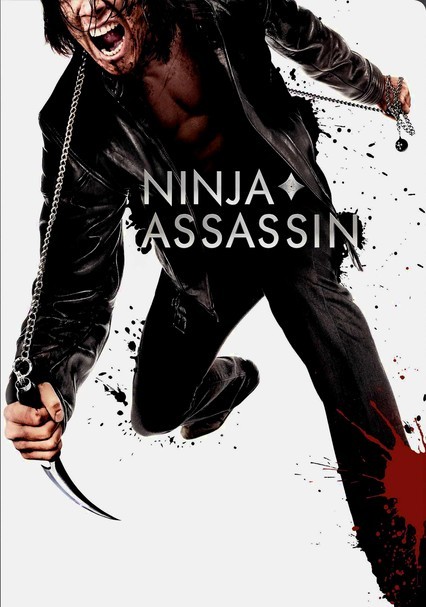 2009 R 1h 39m Blu-ray / DVD
When his best friend is murdered by the shadowy Ozunu clan, Raizo (Rain), an orphan raised to be an assassin, vows revenge. But a government agent (Naomie Harris) is also trying to expose the gang, and now, the two must work together to bring the Okunu to justice. Time is running out as the clan's professional killers chase the pair across Europe. James McTeigue directs this action thriller also featuring Rick Yune, Ben Miles and Shô Kosugi.

Parents need to know that Ninja Assassin is a fast-paced action movie with tons of extreme martial arts violence and gallons of blood, though its cartoonish tone may be more likely to inspire laughter than shock among teens. The story is about a man who takes on many enemies in the name of the common good -- but he does so violently and is motivated by revenge, which sends some mixed messages. Still, the movie is somewhat smarter and better told than others in this genre, and there's a female supporting character who's much braver and stronger than women typically are in these movies. Don't expect Shakespeare quality, but older teens are likely to have a good time.

A teen couple -- both ninjas in training -- shares a tender kiss. In another scene, they rest their heads on each other's chests, listening to each other's heartbeats (while clothed and in the open).

Wall-to-wall extreme martial arts violence, with gallons and gallons of blood spewing, splatting, splashing, spraying, and gurgling everywhere. But it's all comic book-style fantasy battle violence. Several characters lose limbs or heads, some of which go flying a good distance from their original locations. A female ninja-in-training gets her face sliced. A man's head is repeatedly battered into the urinals in a public restroom. A throwing star is extracted from a gaping stomach wound. Most disturbingly, a ninja master whips the feet of a young boy, a ninja-in-training, creating painful-looking gashes on the boy's soles.

Significant stretches of the movie are profanity-free, but "f--k" is used several times overall. Other words include "s--t," "dumbass," "damn," "Oh God" (used as an exclamation), and "scheisse" (the German word for "s--t").

The movie more or less speaks out against conformity and encourages individual thought, as the main character leaves the only home he ever knew in an effort do to the right thing. He also risks his life to bring down an organization with evil intentions. But the fact that he meets violence with violence is a much iffier message. And there's a bit of confusion surrounding the organization -- although there are nine clans, Raizo is only concerned with taking down one of them.

In one scene characters drink Pepsi and prominently display Pepsi bottles, but the name is never mentioned aloud.