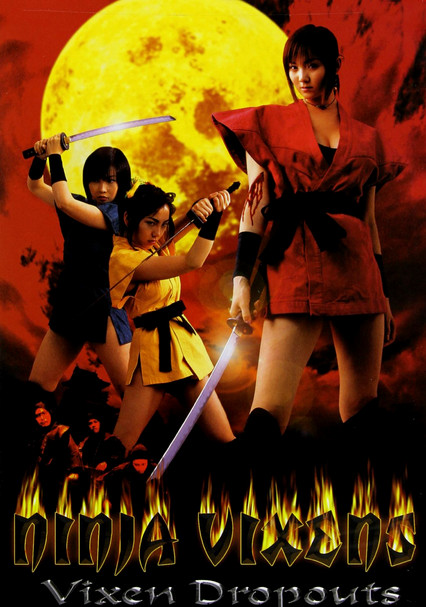 2006 NR 1h 6m DVD
Another installment of the sexy samurai series, Vixen Dropouts spotlights the slackers of the squad. Though Ninja Vixens endure strict rules and intense training, the N-Class can't quite get it together. One cadet won't stop eating, another can't stop thinking about sex, and a third likes to pass as a man. But when one of their classmates is brutally assaulted, the ragtag group finally pulls together to seek revenge on their friend's attacker.