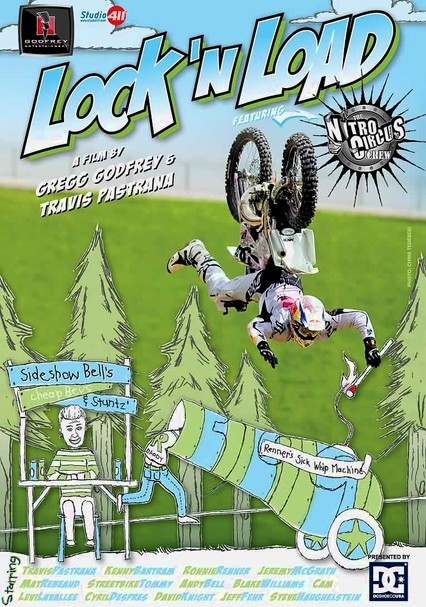 2006 NR 0h 50m DVD
Motocross champion and legendary daredevil Travis Pastrana (who once jumped out of a plane without a parachute) rounds up a crew of motorcycle maniacs for a stunt-riding extravaganza in this film from Gregg Godfrey. Ronnie Renner, Kenny Barttram, Mat Rebau and more travel from the United States to Romania, Austria, England, Canada and Mexico to show off their death-defying two-wheeled antics, including Pastrana's X Games double backflip.