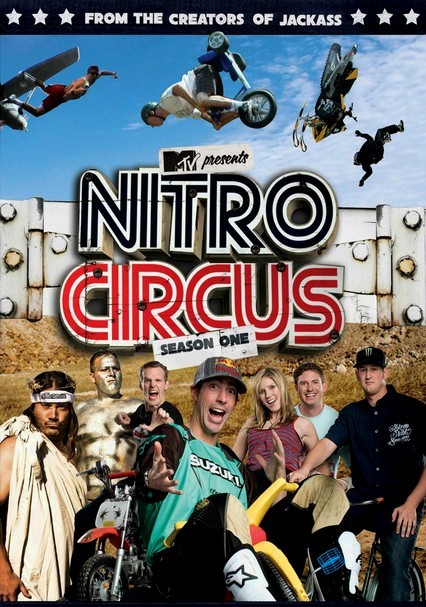 Parents need to know that, while this extreme stunt series isn't as crude as Jackass and its ilk, many of the tricks look so easy and fun that kids might be inspired to follow suit, which could lead to injuries. The show offers little explanation or commentary -- just shot after shot of young men (and they're almost all men) flying over ramps, shooting down precarious water slides, flipping their motorcycles, and doing any other crazy tricks they can come up with. Some are truly death-defying (leaping from a plane with no parachute), while others are just silly (rolling off a ramp on a wheeled office chair) -- but most end in spills and crashes. The group's surprisingly low injury rate is a testament to their skills, not a sign that kids will be fine if they follow suit.

Some blurred nudity during a few crazy stunts when the participants' bathing suits fall down.

Lots and lots of dangerous/outrageous/silly stunts, from motorcycle jumps to leaping out of an airplane without a parachute to rolling office chair jumps. Many are conducted without much in the way of safety precautions, and the stars do take some hard hits/falls -- but all things considered, there are remarkably few injuries.

The show makes silly, dangerous stunts look easy and fun, which could make kids even more inclined to try them at home.

Some brand names are visible, but others are blurred out.