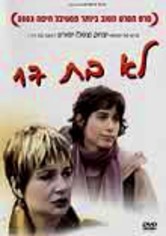 2003 NR 1h 37m DVD
The sequel to the classic Israeli drama Noa at 17 finds Noa (Dailia Shimko) the idealistic teen now grown into a middle-aged woman. The kibbutz where Noa grew up is wracked with financial difficulties, so she returns home to help her mother, who's among those who could be ousted from the settlement. But upon her arrival, Noa encounters a series of family reunions that retrigger old arguments and problems.