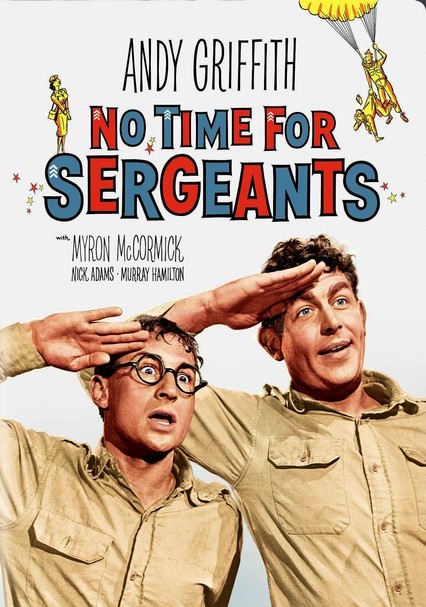 1958 NR 1h 59m DVD
Drafted into the Air Force, country bumpkin Will Stockdale (Andy Griffith) drives Sgt. Orville King (Myron McCormick) crazy with his overly friendly, dim-witted style. But Will bonds with fellow private Ben (Nick Adams), and the two try for a transfer to the infantry in this classic comedy. Meanwhile, King attempts to keep Will out of his hair by appointing him Permanent Latrine Orderly. Don Knotts appears as a nervous dexterity tester.