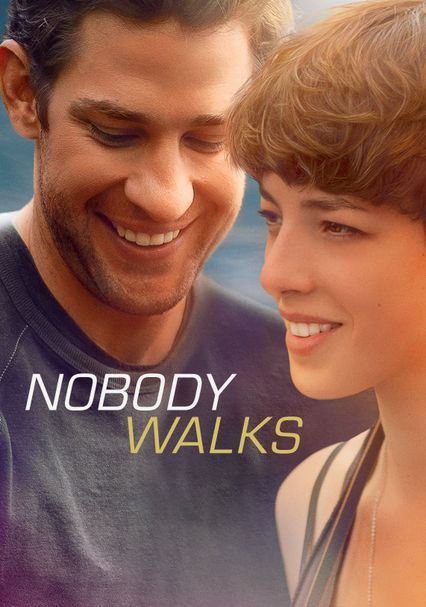 2012 R 1h 21m DVD
The arrival of aspiring filmmaker Martine into a laid-back Southern California household brings about dramatic changes in the lives of her hosts. The bond between Martine and Peter, who is helping her with a project, soon becomes more complex.

Parents need to know that Nobody Walks is an interesting but lackluster drama (co-written by Girls' Lena Dunham) that has some mature themes, including infidelity. A teenage character flirts with a much older man and is uncomfortably objectified and verbally attacked by another. There's kissing/snuggling and a scene in which underwear is removed, but no nudity. Language includes liberal use of strong words like "bitch," "s--t," and "f--k"), and adults are shown smoking pot at a party where their kids are also guests.

A couple kisses and snuggles in bed. A married man has sex with a woman who's not his wife. He's shown removing her underwear, and she wraps around his waist. A grown man flirts with his teenage tutoree, then unleashes venom when she finally tells him that she finds him abhorrent.

A grown man screams expletives at his teenage student. Another man throws a bicycle into a pool out of rage.

A glimpse of a Coke can.

Adults smoke pot and drink at a party, while their teenage kids are in the same place. Social drinking.