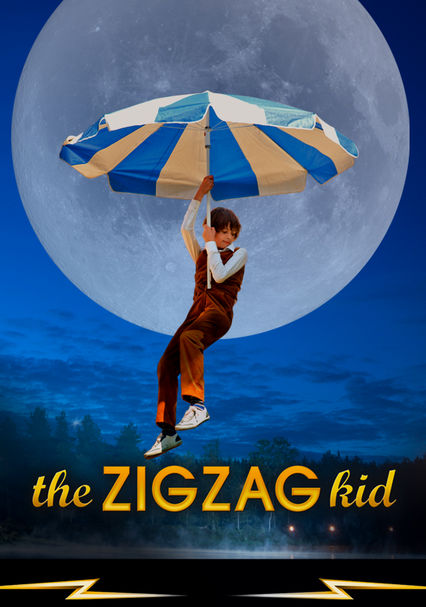 2012 NR 1h 35m DVD
Nono, the 13-year-old son of a famous police inspector, has his own mystery to solve: learning the identity of his deceased mother. A few days before his bar mitzvah, he gets caught up in an adventure that may lead him to the truth.

DramaForeignAdventuresDramas Based on Contemporary Literature

Parents need to know that The Zigzag Kid is a subtitled film from the Netherlands based on a book by David Grossman that has dialogue in French, Dutch, and English. Set in the late '60s and early '70s, this coming-of-age story about a 12-year-old boy trying to discover the truth about his past has some mature themes, including suicide and mental illness, making it best for older tweens and up. There's also some talk about relationships, a couple of kisses, and references to an adult's amorous past. A policeman points a gun at a criminal and is accidentally shot in the arm. Felix carries a gun, and Nono points a gun at Felix in anger. Adults drink wine with dinner, and one smokes a pipe. "Merde" ("s--t" in French) is said three times, though it's not translated in the subtitles.

Details of adult relationships are discussed. Felix is described as a man of a thousand lovers. An adult couple kisses.

Slapstick violence and suspense. A policeman points a gun at a criminal and is accidentally shot in the arm. Felix carries a gun. Nono points a gun at Felix in anger. The details of a character's suicide by drowning are discussed.

"Merde" ("s--t" in French) said three times but not translated in the subtitles.

Be true to yourself and embrace what makes you different.

Adults drink wine at dinner. A character smokes a pipe.