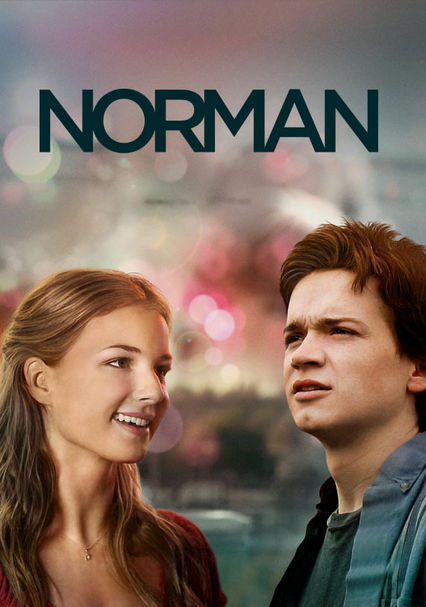 2010 R 1h 37m DVD
To cope with his father's terminal cancer, a troubled high schooler begins telling everyone -- including his new girlfriend -- that he has the same disease. But keeping up the ruse proves just as difficult as dealing with real life.

Parents need to know that Norman is a darkly funny indie drama that deals with very heavy themes about death, terminal illness, feelings of suicide and self-harm, and grief. There's a good deal of profanity, including "f--k." In one scene, a teenager points a knife into his chest, and blood drips down his chest. There's some sexual humor, and a teen character talks about "getting laid." The film deals with the deaths of parents, and, because of its dark humor and complex, difficult subject matter, it's best suited for mature older teens.

The film contains some sexual humor, such as when a man makes a joke that men used to have long penises so men and women slept in different beds. A teenager jokes about "getting laid" by two of his female teachers in one day. There are a couple very brief scenes of kissing between teenagers: A girl kisses a guy on the cheek, and a guy kisses a girl briefly.

The film shows some images of self-harm and involves terminal illness. In one scene, a teenager points a knife into his chest, and blood drips down his chest. A terminally ill man experiences some bouts of pain and coughing and is eventually shown dying in the hospital. A teenager punches himself in the face repeatedly to cause self-harm.

The film contains profanity in a handful of scenes, ranging from joking asides about committing suicide to a teenager's lengthy description of a suicide attempt. Elsewhere, "f--k," "bulls--t," and "goddamn" are used freely in some scenes.