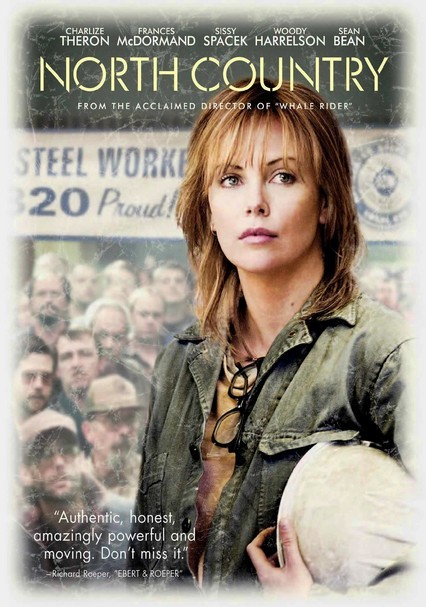 2005 R 2h 6m DVD
In the 1970s, Josey Aimes is one of only a handful of women working in the Minnesota iron mines. Forced to labor under sexist conditions, she and her female colleagues stand up against the unrelenting harassment from their male counterparts.

Parents need to know that this mature drama begins with a woman leaving her husband after he has beaten her (beating is unseen, but her bloody, bruised face is visible). The movie includes tense family scenes, when the woman argues with her father (a miner who believes she should have stayed with her husband), and with her son (who eventually learns the identity of his father, a high school teacher who raped his mother when she was a student: this violent scene appears in flashback pieces, and might upset younger viewers). The film includes repeated scenes of harsh harassment of women workers at the mine: graffiti, rough language, semen left in a locker, a PortAJohn turned over with a woman inside, and one man assaults a woman, pressing her onto a pile of rocks and leaving her dirty and bruised. High school hockey games include some typical roughness. A woman develops Lou Gherig's disease and we see her deterioration.

Sexy dancing in a saloon, rape scene shown in flashback.

Harsh, ugly language used against Josey and the other women ( and variations on the f-word); also "damn," "hell," and slang for genitals.

The harassments at the job and in town are terrible; including assaults and a history of rape, but Josey maintains her dignity and courage.

Repeated drinking and some smoking.