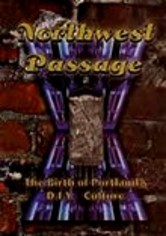 2007 NR 1h 28m DVD
This independently produced punk-rock primer tracks the rise of the experimental punk scene in Portland, Ore., from the late 1970s, tracing the formation and growing influence of groups such as Smegma, the Dead Kennedys, Poison Idea and the Wipers. Vintage video footage also captures a variety of other influential bands of the genre, including Neo Boys, Sadonation, the Rats, the Bags and Styphnoids.